Visual atelier: What realities is your idea trying to bridge?

The theme of Idea Camp 2017 relates to the possibilities and challenges opened by “safe crossings” in the context of the open call on “Moving communities”. The image of “safe crossings” brings in the concept of human migration, accessibility and “borders” in a broader sense. The visual elements of the call and the recognizable urban icons recall the notion of a “safe-passage” for everyone and could be used as an inspiration for a wide variety of images. Building safe and universal bridges across the seas, between institutions and individuals and through digital spheres are some of the examples which could be brought together under this concept.

Idea Makers are invited to reflect on their own and other people’s contexts. Using the images that they submitted prior to the Idea Camp, they will co-design posters that will visually express their understanding of the relation context-community-idea. The posters will be exhibited in Daoiz y Velarde for the all duration of the Idea Camp. 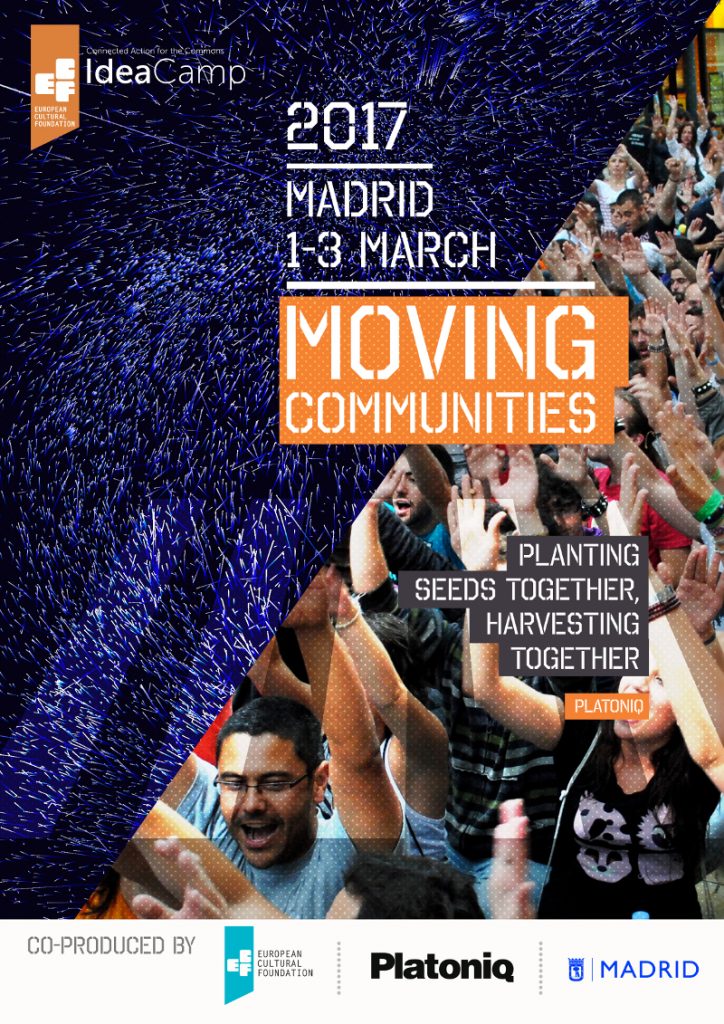